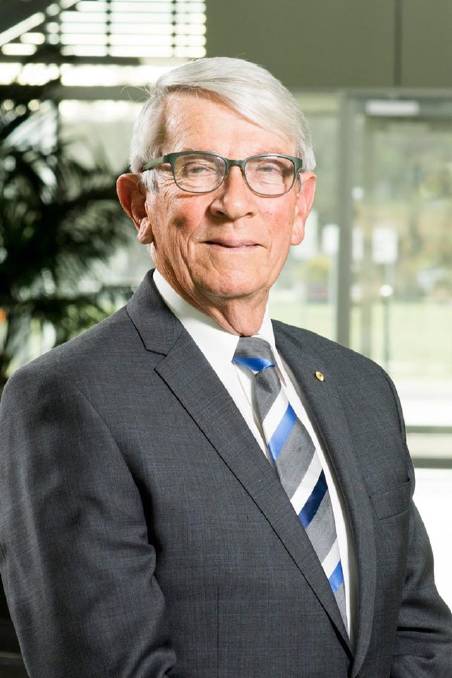 Mr Bray served as councillor for 12 years. He was first elected to Queanbeyan City Council in September 2008; re-elected to the new Queanbeyan-Palerang Regional Council in 2012 and 2017; and elected deputy mayor for four consecutive one-year terms between 2011 and 2015.

Fellow QPRC councillors and community members have paid tribute to "a true gentleman" who worked tirelessly for the town; they fondly remembered Mr Bray's humour, his concern for others, and his service to the community.

"Peter was extraordinarily caring, always putting others before self," Mayor Tim Overall said. "As a councillor and throughout his life, he was always committed to a team effort. Highly intelligent and with his quick wit, he often diffused those sometimes tense Chamber moments by contributing an element of humour. On one occasion, in his own Churchillian voice, quipping: 'Those who never change their mind, never change anything.'"

The flags at Council's offices were lowered on August 17 as a mark of respect.

Mr Bray served in the Australian army for 40 years, retiring as a Brigadier in 1996. He joined the Royal Australian Army Ordnance Corps as a young logistics officer in Vietnam in 1967, and rose to become head of the RAAOC.

Later in his career, Mr Bray was Director General of Supply-Army; Commander of the Fourth Military District (South Australia); and Deputy Chief of the Personnel-Army. While in South Australia, Mr Bray served on the Divisional Council of the Red Cross, and was a member of the State Multicultural Forum.

Mr Bray was made a Member of the Order of Australia in 1995.

His daughter Geraldine was left a paraplegic at the age of 18 after a car collision, needing constant care by Mr Bray and his wife Margaret. 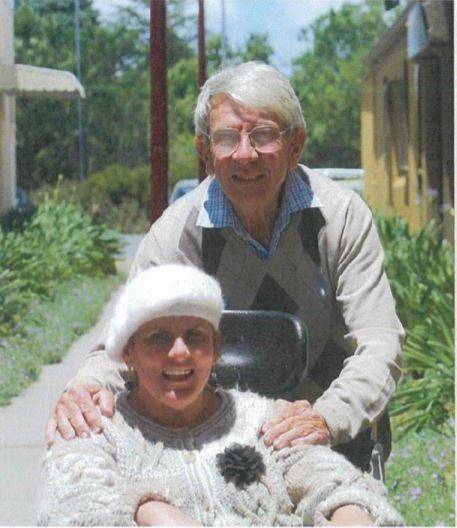 "That's what introduced me - literally by accident - to the world of people with disability," Mr Bray said in 2012. "It's when you've been touched personally by something that you become involved; you're not aware of this world, but what a gorgeous, glorious, and at times sad world it is."

The Bray family moved from the ACT to Jerrabombera in 2016, because they could not buy a block in Canberra on which to build a house for wheelchair-bound Geraldine.

His daughter inspired him to enter politics. "I got onto council in the first place to try to establish disability support services," Mr Bray said in 2017. "I do all of this on Geraldine's behalf because her career was cut short, so I do it all for her."

During his time on council, Cr Overall said, Mr Bray contributed to the success of the Q Theatre and cultural development, and championed community services and disability access and equity.

"Because I'm so heavily embedded in the community and activities, it's become my passion," Mr Bray said in 2017. "It's about what I can do for the community."

As councillor, Mr Bray made the Crawford Street Lifestyle Precinct more disability-friendly, and helped to establish the Moudji Respite Centre in Queanbeyan. For this, he received the Accessible Community Award at the 2012 National Disability Awards, held by Life Without Barriers.

Mr Bray retired this July due to ill health. In his letter of retirement, Mr Bray said that he "thoroughly enjoyed playing a constructive part in the achievements of the former Queanbeyan City Council and the wonderfully successful Queanbeyan-Palerang Regional Council".

At the time, Mayor Tim Overall described Mr Bray as a committed and active councillor who participated in many council committees, and lent a hand at community and charity events. "Cr Bray has been a strong advocate for the community on a range of matters, especially disability and access issues which are close to his heart." 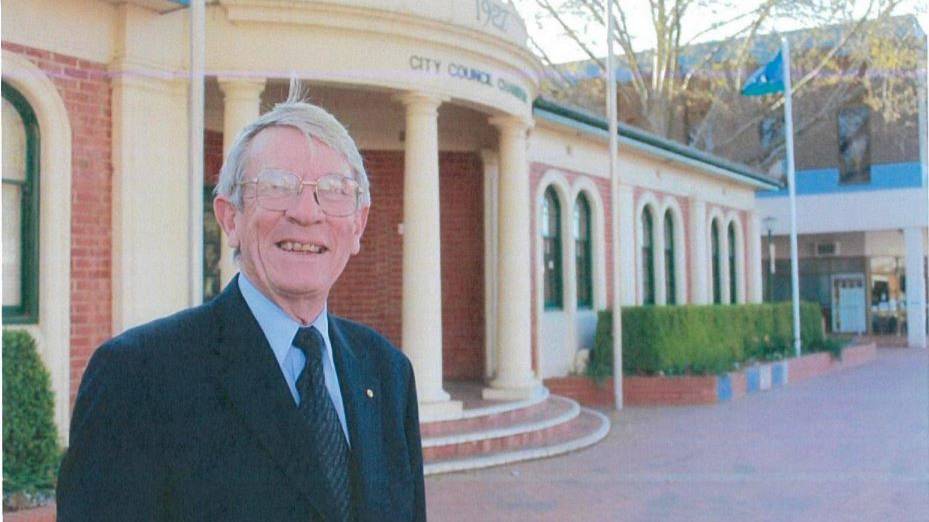 "This is Geraldine in work, because she can't do it herself," Mr Bray said in 2012. "It's a bit philosophical but in a way, in today's world, the people who've have the least grounds to complain about life, complain the most. Those with disabilities have good grounds to complain, but they complain the least. It's interesting, isn't it? They just live with the cards they're dealt; they're happy, grateful, generous, smile, and take life as it is. It's an incentive for people without disability to assist them."

A committed disability advocate, Mr Bray was also Vice-President of the Queanbeyan Special Needs Group; President of Meals on Wheels Queanbeyan; and CEO of Hartley Lifecare (formally the ACT Society for the Physically Handicapped) for six years.

Mr Bray was awarded an NSW Premier's Award for positive contributions to the community in 2015. Tellingly, he saw it as a team effort.

At the Hartley Hall Markets (which raise funds for disabled people in the local community), Mr Bray welcomed stallholders, directed traffic, manned the car park, swept pathways, helped with barbecues, and donned the Santa suit in hot weather - all, market manager Leonie Mayberry said, "with enthusiasm and double the energy of anyone half his age".

"The act of giving one's time and effort is viewed to be more precious than giving money," Mr Bray said. "Activities undertaken are designed to add real human value to the mission of Hartley not otherwise possible. Activities at the Markets for volunteers normally involve a group that provides company for participants and thereby enhances friendships and sense of belonging."

Last year, he was named Senior Volunteer of the Year for the ACT. In her nomination, Ms Mayberry described Mr Bray as "a loveable larrikin that greets the public and has been a great mentor to many of the market team, particularly our younger volunteers".

Mr Bray also ran the Queanbeyan Charity Book Fair for more than a decade, raising funds for Queanbeyan-based charities until 2018. He then helped to set up the Lions Community Bookshop (Monaro St), now the town's best second-hand bookshop. Mr Bray arranged a suitable shopfront, unused shelving from the Library, and a beneficial lease from the Queanbeyan Leagues Club, Lions Club president Max Carrick wrote on Facebook. The bookshop has raised more than $45,000 for charities and agencies since it opened in November 2018.

"Peter loved to come into the bookshop on his own, early in the morning, and potter around looking for rare and interesting books to supply to his many contacts," Mr Carrick remembered. "To ensure he was covered for insurance while at these pleasurable respites, I urged Peter to become a member of our Lions Club, to which he readily agreed. He joined the club in November 2019, and became a very popular member with the rest of our membership."

Mr Bray attributed his his sense of community spirit to his father's example. "My father was always helping at school annual days, fete days. He would organise a little stall and he was always into that stuff... He got on well in the community and then they'd ask him to join this or something else."

Mr Bray liked the comfort and traditional values of country towns - including being heavily involved in the community, he told the Queanbeyan Age in 2013. The town was "quaint, in a nice way. It is traditional, and it has many of the best attributes of the past, and is able to put up barricades against the worst progress into the future."