Property prices in regional Australia may have skyrocketed in the past 18 months, but that doesn't mean there aren't any investment opportunities left to be had, according to experts.

We surveyed three buyer's agents operating in either the NSW or Victorian markets to find out their top 'bridesmaid' picks - the suburbs or towns that neighbour high-growth, well-known locations but are yet to reach their own full potential.

Buyer's agent Jack Henderson said that Newcastle was still home to plenty of bridesmaids suburbs, if you know where to look.

In the outer ring, investors would do well to investigate Charlestown and Kahibah, Mr Henderson said.

"They are classified as outer ring suburbs and a lot of people who are getting priced out of Adamstown and New Lambton are looking there," he said. 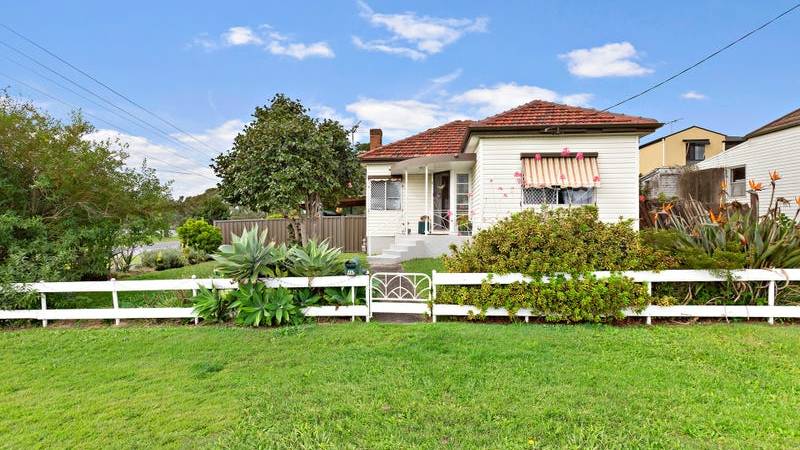 This property at 46A Wentworth Street, Wallsend is currently being marketed by Belle Property Newcastle with a $700,000 asking price. Photo: Supplied

Further toward the city, but keeping within a $750,000 budget, Wallsend would be an ideal target for buyers.

"It has really large blocks, it's 15 minutes from the Newcastle CBD and there are a lot of old houses with potential for redevelopment," he said.

Moving closer to the city still, investors with deeper pockets could target Georgetown, a pocket of a suburb that has long lived in neighbouring Mayfield's shadow.

"Georgetown has seen multiple sales above $1.1 million in the past year," Mr Henderson said.

He said that its small size in comparison to other Newcastle suburbs meant properties were tightly held.

In general, investors looking at the Newcastle market should seek out unrenovated properties with value-add potential, according to Mr Henderson.

"For an investment when we look at buying [for a client], we don't look at house verse apartment debate, we look at the dynamics in the local area," he said.

"In the majority of Newcastle you're buying freestanding houses on good block sizes and a lot of them you're looking for a dual occupancy or a granny flat to give you future options," he said.

He said that while investors would be targeting Newcastle for capital growth, rather than cash flow, low vacancy rates meant securing a tenant wouldn't be an issue.

"You're still getting quite a balanced asset," he said.

"They recently had a major upgrade of the hospital and shopping precinct. There is the University of New England and some very good schools, both private and public," he said.

"Professionals with young families are starting to move there and get work and these places. It is also strategically located mid way between Sydney and Brisbane and has its own airport." 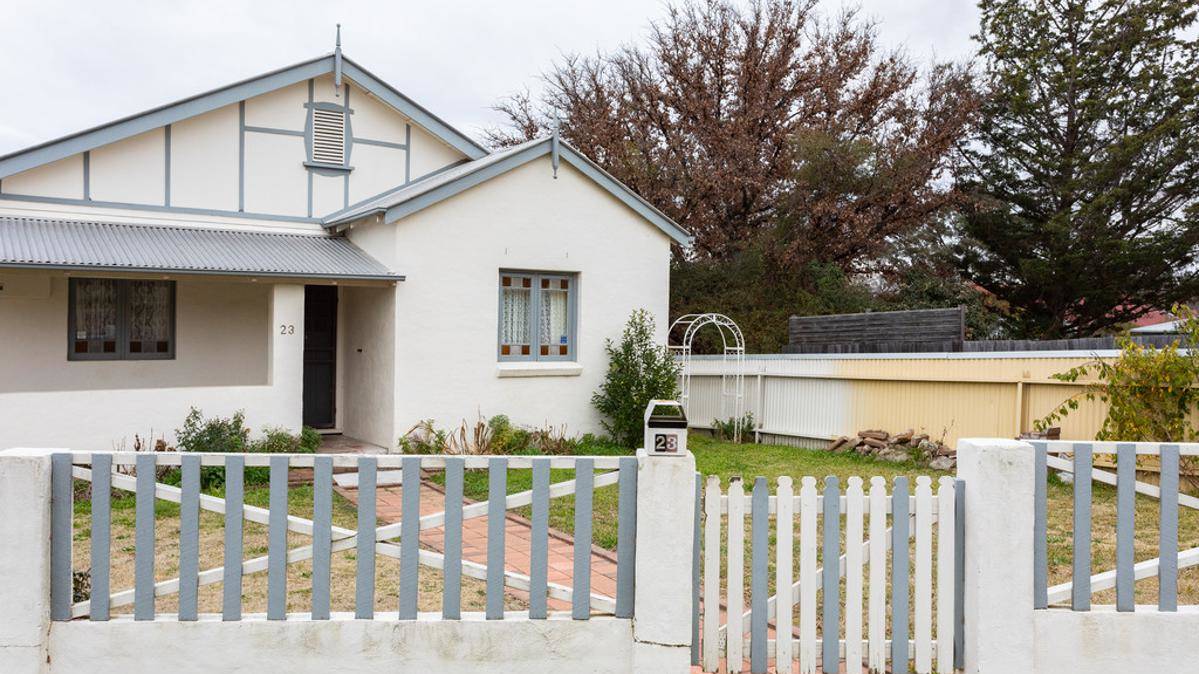 This property at 23 Railway Parade, Armidale is being marketed by Ray White Armidale with a price of $335,000. Photo: Supplied

"Houses on large blocks that you can subdivide. Granny flats are also becoming popular in the town," he said.

Buyer's agent Cate Bakos named Hamlyn Heights, Ballarat East and Portarlington as the three locations she would advise investors to have on their radar.

While Hamlyn Heights, in Geelong's west, had traditionally been a "modest income earner's suburb," it was rapidly changing, Ms Bakos said.

"This is a gentrifying suburb with large blocks, cute family homes (both weatherboard and brick), a peppering of villa units and a lot of friendly streets that remind me of the 1960s, where kids played in the street until sundown and Sunday roasts brought the family together," she said.

"What is interesting is the generous block size and opportunity for developers who are eyeing off this rapidly changing postcode," she added.

Ms Bakos recently purchased a four-bedroom house at 8 Hamlyn Avenue, Hamlyn Heights on behalf of a client for $770,000. 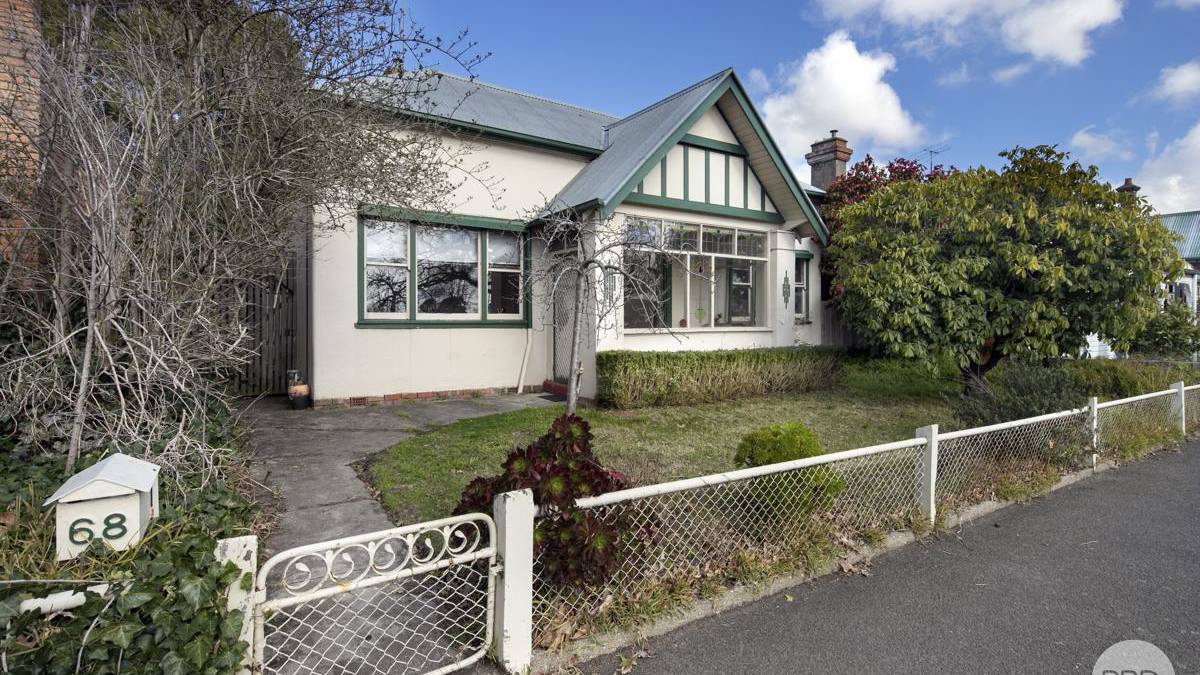 This three-bedroom house at 68 Victoria Street, Ballarat East is listed with PRD Nationwide Ballarat with a guide of $595,000 to $645,000. Photo: Supplied

In Ballarat, Ms Bakos said that Ballarat East had long been in the shadow of other suburbs but was now enjoying a surge in popularity, particularly among those keen to renovate.

"It's a popular spot for those who wish to buy period homes for renovation, and the position of the suburb (on the Melbourne side of town) gives it an edge for commuters and those who work in the city. It is easy to get to the city centre and the train station from Ballarat East too."

Portarlington, on the Bellarine Peninsula 28 kilometres outside of Geelong, was once a sleepy village but was now enjoying renewed attention from sea changers, according to Ms Bakos.

There were still opportunities in the town for investors, though its increasingly popularity meant that they'd need a budget of $700,000 or more for a house.

"COVID has certainly progressed it's sea change, but it was always going to be a beautiful escape for anyone who can work effectively from home, particularly given the ferry service on offer to enable a hybrid working arrangement," she said.

Mr Edge nominated the town of Maryborough as his pick for Victorian investments, citing its proximity to Melbourne as a driver for future growth.

He advised investors to seek out houses on blocks more than 600 square metres in size, with a $250,000 to $450,000 budget likely to be enough to secure the right property.

This story Property experts reveal the regional hotspots investors should have on their radar first appeared on Newcastle Herald.