The experience may be 45 years apart, but Peter Coughlan can see the similarities between himself and Tokyo-bound niece Abbey Harkin.

Both relocated away from home to larger cities in their teenage years as they strived towards a Games dream, training for countless hours up and down the swimming pool.

However, modern Olympic athletes have continued to evolve and, according to Dubbo-raised Coughlan, the striking difference between Australian representatives of 1976 and 2021 are the "extras".

"You have a look at what Abbey is doing and it's full time," Coughlan, who swam three events in Montreal, said.

"The work Abbey does, everything is covered. They do everything. I would have loved to be swimming now.

"All the diet, the amount of extra training they do, gym work and all the other stuff like oxygen therapy.

"You name it, there's just so many little things they do extra to make them better swimmers today.

"When I swam we did a lot of sessions and worked hard ... but now the whole week is just programmed."

Olympic rookie Harkin, born and bred in the Hunter region but now based in Brisbane, knows her routine like the back of her hand.

Time in the pool, gym work, cross training, meal breaks and rest periods are all carefully calculated, almost down to the minute.

However, living with family and little funding, in a bid to qualify for Tokyo the 23-year-old redirected her focus solely towards the water which included sacrificing part-time employment, University studies and a social life.

"Probably about 16 months ago when COVID hit, I realised I couldn't do all that and put 110 percent into my swimming," Harkin said.

"I had to put everything into my swimming and just knew I had to be extremely disciplined to get onto the team.

"I made so many different changes. Just little things like diet, social life, your mindset, getting regular physio and massage and sports psychology.

"Everything like that. Everything helps at the end of the day. It makes a huge difference."

Daniel Repacholi, a shooter originally from Victoria about to embark on his fifth Olympic campaign, says preparation and mental approach are much more involved now compared to his debut in Athens in 2004.

Repacholi, a three-time Commonwealth Games gold medalist, has even turned to the field of neuroscience and virtual reality during this Tokyo cycle. 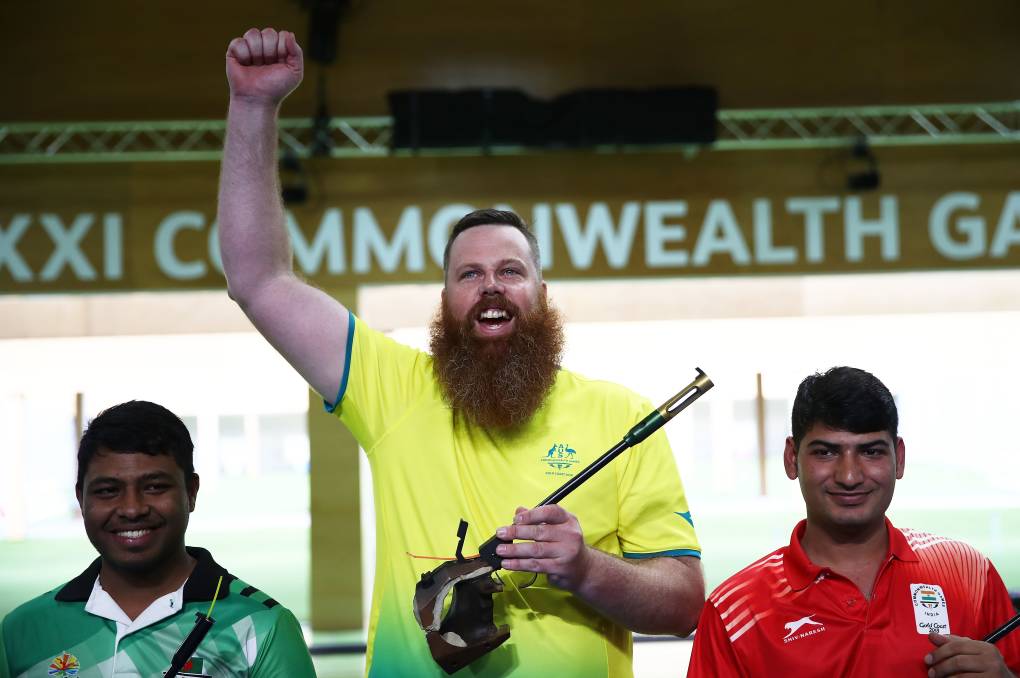 Shooter Daniel Repacholi says preparation and mental approach are much more involved now compared to his debut in Athens in 2004. Picture: Getty Images

"Just small pulses going through my head, 20 minutes every couple of days, pretty much like an ECG machine," the 39-year-old said.

"I've seen dramatic increases in my steadiness and alertness to what I'm doing. Different ways of triggering the brain to be in the right areas.

"Really going in a different direction, rather than the conventional way of visualisation and telling yourself this is right.

"There's also some stuff we're doing with virtual reality shooting which is good."

Rewinding to Rome in 1960, it was polar opposites for Australian basketballer Terry Charlton and a far cry from the NBA-dominated Boomers travelling to Tokyo.

Billeted out for a pre-Olympic training camp in Adelaide and playing in local competitions, Charlton and his teammates continued to work.

"It's chalk and cheese. It's grown so rapidly. Professionalism has changed the whole Olympics," Charlton, 80 of Newcastle, said. 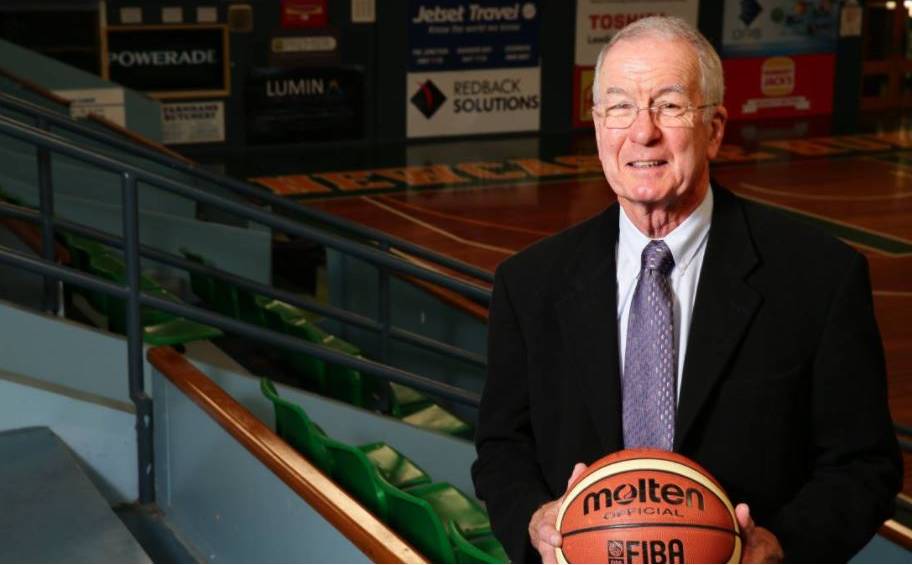 Australian basketballer Terry Charlton played in local competitions for practice, while he and his teammates continued to work in the lead-up to the 1960 Olympics. Picture: Ryan Osland

"When we went away we were basically the trailblazers. We didn't have any international competition beforehand so our preparation was very poor.

"We had a camp in Adelaide for three months. We were billeted out and we all still worked. I got a transfer for my job.

"We trained maybe three days a week after work and played in local competitions to get some game practice."

Two-time Olympian Simon Orchard, who represented the Kookaburras at London and Rio during the last decade, talks about the in-depth analysis provided nowadays by staff ranging from head coach, assistants, strength and conditioner, physiotherapist and doctor.

"You'd get to the Olympics back in the day and go that guy's interesting, I've never seen him before," Orchard, 35 and currently living in Wollongong, said.

"Now you've got video tape of every single player. You know the intricacies of every team and you know their patterns and style because you've seen them play 200 times between last Olympics and this one.

"The way Australian athletes are monitored has changed significantly as well.

"There's no way players used to wear a GPS unit under the back of their shirt every game like they will in Tokyo. They will probably have a heart monitor on as well.

"They'll weigh in daily and have checks on how they feel, what's sore and mental health."

Orchard also pointed out that, like many Olympic sports and disciplines, hockey has evolved over time in terms of rules, skills and tactics but admits the ultimate goal still remains the same.

"A lot of people would have played hockey at school on grass with offside and if they watched it now they'd think geez it's quick, it's played on astroturf and there's obviously no offside," he said.

"There's a self-pass rule, only the last five or six years, where you can knock it to yourself and run [from a free hit].

"The skill level has changed from just smashing the ball hard and trapping it ... moving to aerial expertise and 3D skills. Being as competent on your reverse stick as you are on your front stick.

"Tactically it has changed immensely. Ron Riley would go stand out on the left wing and would play there every game and wouldn't do anything else. Whereas now there's a lot of interchange, a lot of flexibility in positions and you're asked to play different roles.

"So in some ways it's a much more complicated game, but the teams who medal still do the simple things really well more often."

Three-time Olympic medalist Suzy Batkovic, based in Townsville after finishing her basketball career with WNBL club the Fire in 2019, touched on difficult decisions potentially faced by athletes with Games prospects in the professional era.

"There's still sacrifices now at all different levels, but back in the day it was making a decision about whether you go to the WNBA or not go to the WNBA and does that risk my chances of making an Olympic team," she said.